Join WhatsApp Group
Whatsapp New Updated FeatureInstant messaging app WhatsApp has been giving new features to its users from time to time, now a new feature has been added to this list, this feature is a new light splash screen feature. The company is set to release this feature for Android users soon. 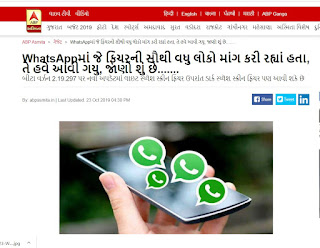