Ehubinfo » Education » WhatsApp Gets One Step Closer To The Dark Mode

WhatsApp Gets One Step Closer To The Dark Mode

WhatsApp Gets One Step Closer To The Dark Mode

Popular instant messaging platform WhatsApp recently rolled out the splash screen feature to facilitate its users. There has also been a long discussion about the company's dark mode feature. As well as make it available to Android users soon. 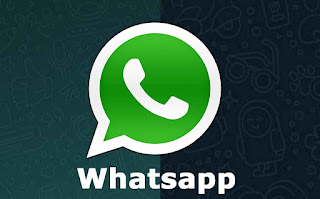 In the last WhatsApp beta update we got to know that dark mode is almost complete. WhatsApp implemented default dark wallpaper for dark mode in the last update which is expected to be the last stage of development. A new update now suggests that WhatsApp’s dark mode is now ‘almost perfect’ on Android.
In a new tweet, WABetaInfo revealed that WhatsApp’s dark theme on Android is almost perfect and that only some icon adjustments are left. WhatsApp is now working on fixing icons like double ticks for dark mode. WABetaInfo also assures that dark mode on WhatsApp is indeed ready and all that’s left is the roll out. However, the release date is still not announced and this also doesn’t ensure WhatsApp will roll out immediately.
However, the company has not yet released its updated stable version. Also, the latest beta update has spotted a new feature dark wallpaper attached to the dark theme. So hopefully this feature will be available to Android users soon.
Not to mention that WhatsApp has been waiting for Dark Mode for a long time, but its stable version has not arrived. But a new report says that the default Dark Wallpaper is being worked on. It was also said that this may be the last feature attached to the Dark theme before its launch and the Dark theme will be launched shortly thereafter.
Also shared a screenshot of this, in which the dark wallpaper can be seen. It matches up very much with the dark theme and the blue color scheme. According to the information provided, this is the latest beta update for WhatsApp 2.19.327.
It is perhaps an understatement that the Dark Mode for WhatsApp, the most popular instant messaging app in the world, is highly anticipated. And it is also a surprise that it has taken this long, considering the fact that its siblings Facebook Messenger and Instagram, both have had the Dark Mode option for a while now. We still do not know if this beta version is the final preparation before the wider release of the Dark Mode option to all users, or we will have more beta tests in the coming weeks. All we can do is hope.