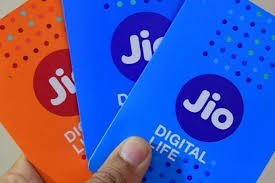 Reliance Jio has announced raising its tariff prices. Recently, Reliance Jio has started charging money for non-Jio calling. And new packs have also been introduced for this. Like other telecom companies, Vodafone Idea and Airtel have announced a hike in tariff rates from December 1. These increased prices apply to both prepaid and postpaid.
Reliance Jio  said in a press release that, as stated in the media report, we understand that TRAI is about to start a consultation process by taking on telecom tariffs. Like other operators, we will work with the government and strengthen the regulatory regime so that the industry can be strengthened for the benefit of Indian customers. We will raise tariff prices in the coming weeks.
At present, the company has not said how much money should be raised in the plan. But soon the company can make a big announcement. Vodafone Idea and Airtel have also announced that they will increase tariff rates from December 1. Now, Jio will have to pay more customers in the coming days than announce the tariff rate hike. The price war that started in Jio's market and prices dropped. It would not be surprising if the telecommunication sector was in crisis within a few years, but now Jio returns again the day before.
"Like other operators, we will also work with the government and comply with the regulatory regime to strengthen the industry to benefit Indian consumers and take measures including appropriate increase in tariffs in next few weeks in a manner that does not adversely impact data consumption or growth in digital adoption and sustains investments," it said.
Once Jio hikes the tariffs, then there will be parity among the operators, and it has now turned into an all-out tariff competition, while the 3-year honeymoon of Indian customers with cheap or free data will be a thing of the past.
Bharti Airtel and Vodafone Idea have announced plans to increase tariffs for customers from December 1. Both players reported massive losses in the quarter ending September 2019, with combined losses standing at Rs. 74,000 crores for the telecom companies.
Vodafone Idea, Airtel To Hike Tariffs Mobile Service Rates From December