One Nation One Ration Card

Join WhatsApp Group
One Nation One Ration Card
Record-keeping by hand is back at this “automated” fair price shop in Bangur, a dense Kolkata suburb, ever since its electronic point-of-sale (ePoS) machine broke down and had to be sent for repair. 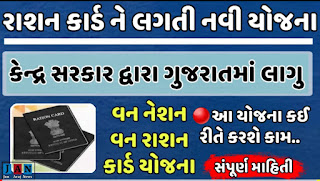 Keeping an eye on the weighing scale while giving beneficiaries their quotas of gom (wheat) and chaal (rice), Lakshmi Kant Aich, who has been running the ration shop for decades, is making notes about the transactions on a booklet.However, the absence of an ePoS device is slowing down the process. One beneficiary, Sanat Kumar Saha, is here to link his Aadhaar to his ration card through a biometric verification facility on the device. He goes back disappointed.Aich says though the government has made ePoS machines mandatory, dealers are facing poor connectivity and frequent device breakdowns.His shop is one of the 17,157 automated fair price shops in West Bengal with an electronic recordkeeping and point-of-sale device, while the remaining 3,649 shops have yet to be automated.The challenge for migrant workers to buy ration may change if the food and public distribution ministry’s One Nation One Ration Card scheme to make ration cards portable gets going, with biometric verification and ePoS machines acting as the lynchpins. Under this initiative, which is expcted to be rolled out across India by the next financial year, any migrant ration card holder will be able to buy subsidised foodgrain from any fair price shop in India without the need to obtain a new ration card for the new location. This will reform the current rule under which a beneficiary could buy ration only from a nearby shop linked to the ration card.

The ministry has already launched intra-state ration card portability in 11 states and inter-state portability between Andhra Pradesh and Telangana, Gujarat and Maharashtra, Haryana and Rajasthan and Karnataka and Kerala. This means a ration card holder from Gujarat can not only buy his stock from any of the ration shops in his state but also from Maharashtra.
અમારી TELEGRAM ચેનલમાં જોડાઓ