The National Flag of India is a horizontal rectangular tricolour of India saffron, white and India green; with the Ashoka Chakra, a 24-spoke wheel, in navy blue at its centre. It was adopted in its present form during a meeting of the Constituent Assembly held on 22 July 1947, and it became the official flag of the Dominion of India on 15 August 1947. The flag was subsequently retained as that of the Republic of India. In India, the term "tricolour" almost always refers to the Indian national flag. The flag is based on the Swaraj flag, a flag of the Indian National Congress designed by Pingali Venkayya[N 1] and first flown in 1923.
Independence Day is annually celebrated on 15 August, as a national holiday in India commemorating the nation's independence from the United Kingdom on 15 August 1947, the UK Parliament passed the Indian Independence Act 1947 transferring legislative sovereignty to the Indian Constituent Assembly. India still retained King George VI as head of state until its transition to full republican constitution. India attained independence following the Independence Movement noted for largely non-violent resistance and civil disobedience led by the Indian National Congress (INC).
Independence coincided with the partition of India, in which the British India was divided along religious lines into the Dominions of India and Pakistan; the partition was accompanied by violent riots and mass casualties, and the displacement of nearly 15 million people due to religious violence.

Learn how to build a flag by video 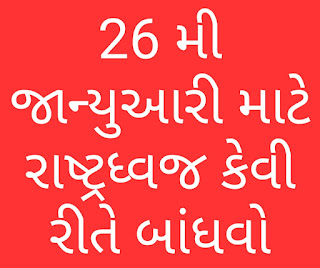