Whatsapp Dark Mode furure for everyone

Join WhatsApp Group
Whatsapp Dark Mode furure for everyone
WhatsApp is the immensely popular messaging app owned by Facebook, and an app that’s long been in need of a dark theme. After rumors and beta testing, it’s finally here.
With a blog post and announcement video, WhatsApp has officially unveiled its darker theme. This was previously only an option for registered beta users on Android phones, but soon any user on iOS or Android will be able to try out the new theme.
How to get WhatsApp dark mode for AAndroi
WhatsApp dark mode is rolling out right now for Android users, so you might find that you already have access. If so, activating the option is simple.
Open the app AAndro
Tap 'Settings'
Tap 'Chats'
Tap 'Theme'
Select 'Dark'
If you haven't yet received the update, you can still try WhatsApp dark mode if you're part of the Android beta program. At the time of writing the program is currently full, but new spaces may become available soon (particularly if people start to leave now that the dark mode release is official). 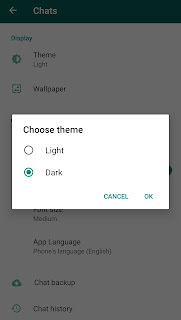 What else is on the way?
We don't know exactly when WhatsApp dark mode will be rolled out globally, but it's possible that it might arrive in a major update at the same time as self-destructing messages, which will be deleted automatically after a certain period of time.
Based on leaked screengrabs, it looks as though you'll be able to set messages to be erased after a period between five minutes and an hour. Rival messaging apps Facebook Messenger, Telegram and Signal already offer a similar feature, so it's an overdue addition to WhatsApp.
Beta releases have also revealed a new option that will allow you to completely hide updates from muted contacts. Currently, if you mute a contact, their updates will appear grayed out, but still visible. When the new update rolls out, you'll be able to hide them fully, and only see them if you choose to.
One thing that we're not expecting any time soon is a sudden influx of ads. Parent company Facebook recently revealed that it's disbanded a team who were working on ways to slide advertisements into your group chats.
The company still intends to insert ads into WhatsApp's little-used Status feature (which is very much like Stories on Facebook and Instagram) but you shouldn't find yourself bombarded with promotional messages any time soon.
Other ways to extend battery life in WhatsApp
One of the main reasons you might want to try dark mode for WhatsApp is to extend battery life, but there are other ways to make the app less power-hungry without making the switch.
If you don't like WhatsApp's choice of colors for dark mode, you can make a few tweaks of your own to customize the look. Enter the app's settings, select 'Chats' and tap 'Wallpaper', then choose 'Solid color' and select something darker than the standard pale gray background. 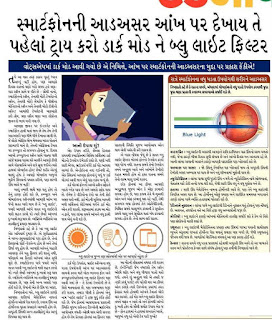