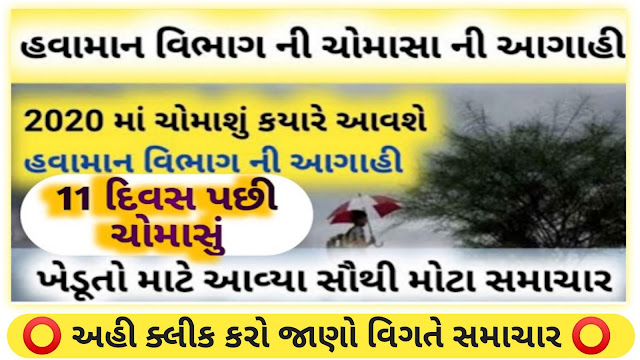 Today Weather is a beautiful & simple-to-use weather app that provides the world's most accurate local weather forecasts.India will likely have a normal monsoon, with a chance of ‘above normal’ rain in August and September, the India Meteorological Department (IMD) said on Wednesday.The IMD issues a two-stage forecast: the first in April, followed by a more detailed one in the last week of May, which will also illustrate how the monsoon will spread over the country.The IMD’s confidence stems largely from global weather models pointing to negligible chances of El Nino, a warming of the central equatorial Pacific that’s associated with the drying up of monsoon rain.It has also officially redefined the definition of what constitutes ‘normal’ rainfall and reduced it by 1 cm to 88 cm. The June-September rainfall accounts for 75% of the country’s annual rainfall. “Quantitatively, the monsoon seasonal rainfall is likely to be 100% of the Long Period Average (LPA) with a model error of ± 5%. The LPA of the season rainfall over the country as a whole for the period 1961-2010 is 88 cm,” it said.The expectation of excess rain comes from a forecast by the dynamical model or the Monsoon Mission Coupled Forecast System — that relies on supercomputers, mathematically simulating the physics of the ocean and the atmosphere. According to this forecast, there is a “high probability (70%)” for the rainfall to be “above normal to excess”.Last year, the IMD said in April that the monsoon would be ‘near normal’ or a tad below normal. India instead ended up with excess rainfall — or the maximum rainfall in a quarter century — largely owing to torrential rain in August and September from the unusual warming in the Indian Ocean.The dynamical model, while better at forecasting the state of the weather a week or two in advance, isn’t yet considered reliable by meteorologists in forecasting the monsoon.
The statistical models, which the IMD relied on to make its forecasts, had a 41% forecast probability of normal monsoon. In any given year, there is a 33% chance which is why, said Madhavan Rajeevan, Secretary, Ministry of Earth Sciences, there was “high confidence” that the monsoon this year would be normal.
Important Link ↙️
Gujarati News Report | Watch Video