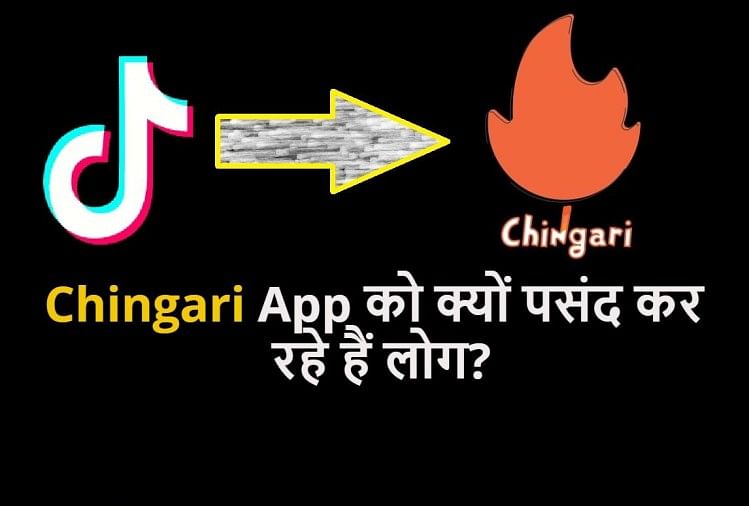 So far, 10,000+ creators are creating entertaining content using our platform everyday.Shine Like A StarYour hot new stage to set the world on fire with your flaming talent, be creative with whatsApp status, Videos, Audio clips, Gif stickers, and photos.Fast Moving Needs of Modern BharatJoin us to experience the custom-designed stage to cater fast moving needs of modern Bharat.Available in Multiple languages

English हिंदी বাংলা తెలుగు ಕನ್ನಡ मराठी ગુજરાતી ਪੰਜਾਬੀ தமிழ் മലയാളംCome, Create and Share
Search your favourite videos, browse through the feed, get creative and share with your friends and family Instantly.India's Chingari app has crossed over 1 crore downloads in less than 22 days. The short video platform is also among the top two free apps on Google Play Store since a week. Less than a week ago, Chingari crossed over 25 lakh downloads – and the numbers continued to accelerate due to the TikTok ban in the country. Co-founder Sumit Ghosh shared that the app was seeing over 10 lakh views per 30 minutes soon after the ban on TikTok was announced.The Chingari app has garnered a total of 1.1 crore downloads on Google Play store. Ever since the ban, the Indian TikTok alternative, has seen a sudden surge in numbers. The company notes that it reached a milestone of 30 lakh downloads in just 10 days and had even once saw about 500,000 downloads in just 72 hours.Well-known French security researcher Robert Baptiste recently said that the website of Globussoft, the company behind Chingari, has been compromised. He noted that the site had a malware, and it redirects users to pages around the Web. Ghosh responded to this by claiming that the issue would be fixed soon.Malware on Chingari Maker Globussoft's Website: French Hacker fs0c131yChingari users get points (per view) for their videos, which later can be redeemed for money. The TikTok-like app was founded by two Bengaluru-based programmers, Biswatma Nayak and Siddharth Gautam. It is available in multiple Indic languages — Hindi, Bangla, Gujarati, Marathi, Kannada, Punjabi, Malayalam, Tamil, and Telugu. The app was first launched on Google Play in November 2018 while it debuted on iOS in January 2019.Alongside TikTok, 58 other Chinese apps are included in the interim ban in India. TikTok says that it will meet government authorities and issue clarification on any unresolved issue regarding data and user privacy. The Indian government banned these apps on grounds of prejudice ‘to sovereignty and integrity of India, defence of India, security of state, and public order.'What Are India’s Biggest TikTok Competitors Saying About the App Ban?
Chingari App, Another TikTok Rival From India, Hits 25 Lakh Downloads
For several Indian companies this has represented a growth opportunity. Some, like Roposo that have been in the short video space for some time now, gathered a lot of attention in the recent few weeks. More recent apps like Mitron are also rising in popularity. Roposo (launched in 2014) has crossed 5 crore downloads. Mitron, launched in April this year, has seen more than 1 crore downloads.
Download Apk 34Mb