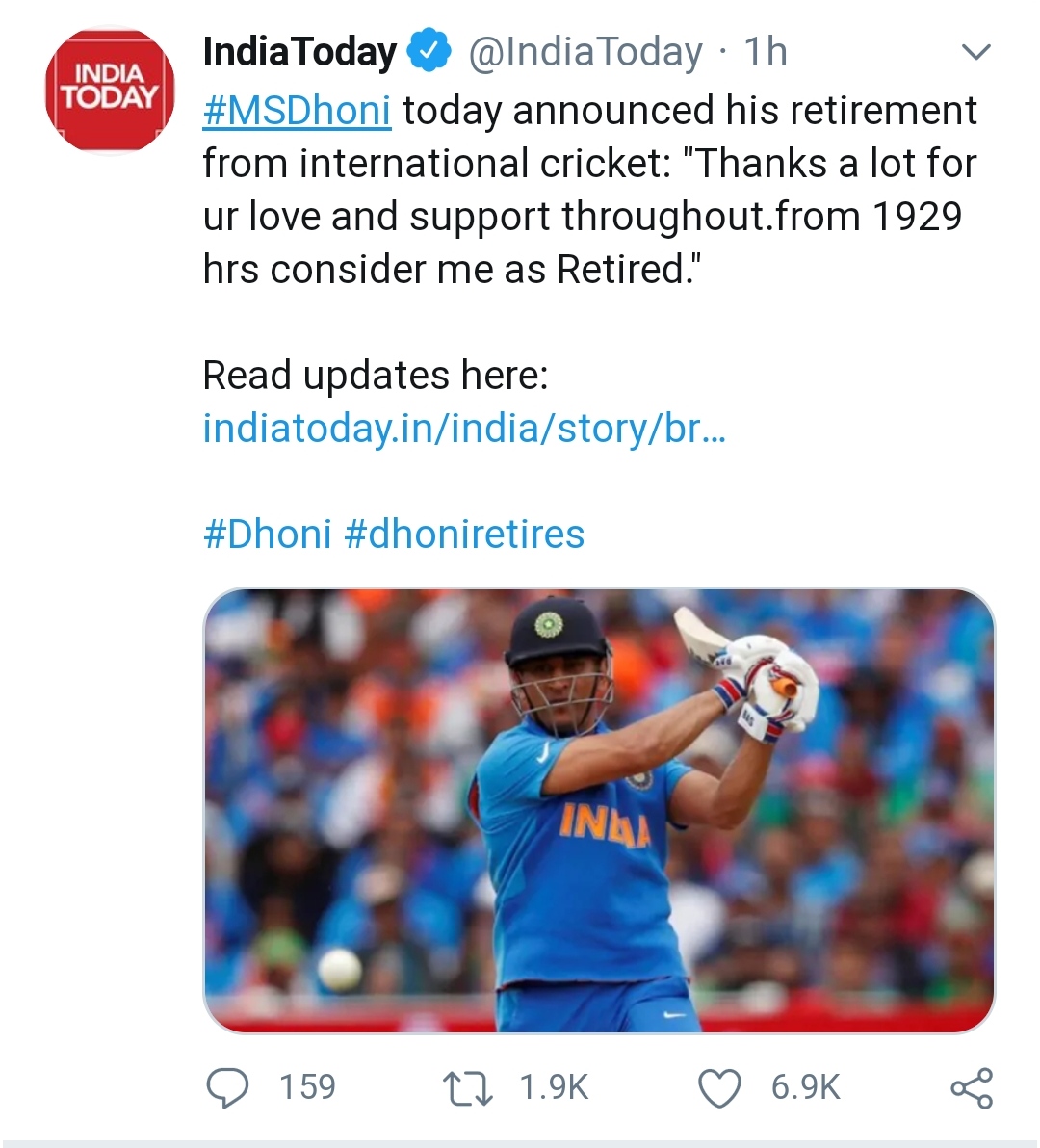 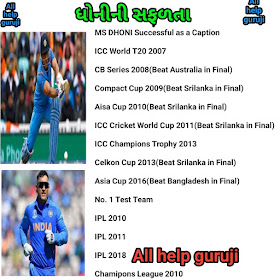 DONI'S GOOD RECORDS ARE:
The only captain in the world to win ICC ODI, T-20 World Cup and Champions Trophy reported via Instagram postFormer India captain Mahendra Singh Dhoni has announced his retirement from international cricket by posting on Instagram on Saturday. The world's only captain to win the ICC ODI and T-20 World Cup, as well as the Champions Trophy, wrote in his post, "Thank you. Thank you for your love and support. Understand me retired from 19:29 (7:29 p.m.)." 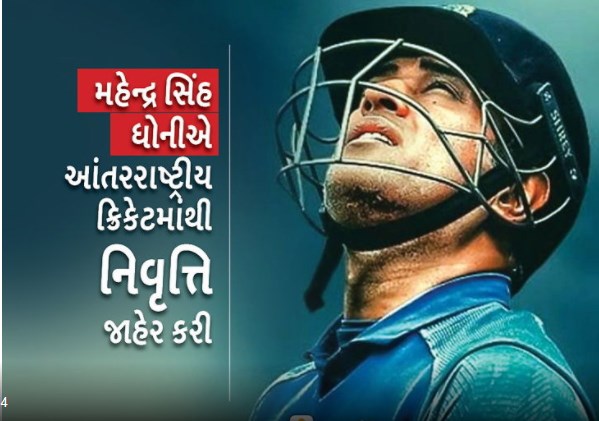 Mahi, also known as Captain Total, captained India in 199 ODIs and 72 T20s. He was first named captain of the team in 2007. Under him, India became World No. 1 in Tests. As well as being the only player to lead the team in more than 50 matches in all three formats. Dhoni left the ODI captaincy in January 2017. And before that he left the captaincy from Test in December 2014.Dhoni made his debut in 2004 and was named captain in the 2007 T-20 World Cup as an experiment. He changed the game of T-20 forever by winning the T-20 World Cup in South Africa at a time when not everyone had hope. Due to that victory, this format gained global popularity. After that, Dhoni was given the ODI captaincy in place of Rahul Dravid and the Test captaincy in place of Anil Kumble.

Dhoni's last ODI was memorable, fans will never forgetDhoni last played in the semifinals of the 2019 World Cup against New Zealand in Manchester. He then scored 50 off 72 balls. Chasing 240, he was run out by Martin Guptill. He could not complete the run for 2 inches and India was out of the World Cup. The fans were sad and Dhoni also went to the Bhari Hai Pavilion.

Stay connected with www.ehubinfo.com for latest updates
Important: Please always Check and Confirm the above details with the official website and Advertisement / Notification.
Tag : Live match