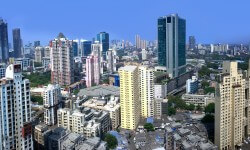 After the Maharashtra government eased the norms to speed redevelopment in Mumbai, the Gujarat government is now following the suit. In a bid to make way for quicker redevelopment of old and dilapidated buildings across the state, the Gujarat government has amended the Gujarat Ownership Flats Act, 1973. Under the new amendment, buildings older than 25 years can now be redeveloped with a consent of 75 per cent of its occupants.
According to the Gujarat Ownership Flats (amendment) bill, passed in the state assembly on September 19, re-development will be allowed with the consent of 75 per cent of owners provided it has been 25 years from the date the permission for development was issued.
Earlier, all occupants had to give their consent for the redevelopment work to begin in an apartment building. A building falls in the redevelopment category only when the authority concerned has reported it as ruinous or likely to fall and being dangerous for the occupants and the neighbouring buildings.
Read Click here
With this move, the government is of the view that the risk to the lives of those living in these building will be lower as the structures could be redeveloped in time. Moreover, this will also boost the real estate across the state as it would ensure that the housing societies in the cities will have better amenities after being redeveloped.
NewCircular