China biggest rocket which was out of control crash in hindmahasagar

China biggest rocket which was out of control crash in hindmahasagar 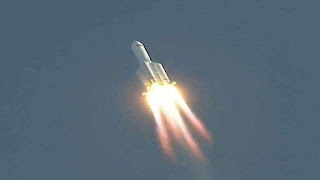 As the longest rocket sent into space by China, Long March 5B, went out of control, astronomers were worried that it would crash to Earth. However, the Chinese Foreign Ministry announced that the debris from the crashed rocket would not harm the Earth. As soon as it enters the Earth's atmosphere, most of the rocket will burn to ashes. The unmanned rocket was constantly monitored by the US space agency NASA.
Education